The Guarantor System In Japan For Housing Applications 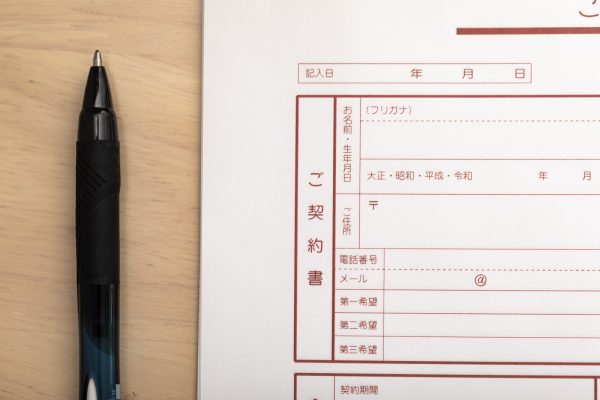 Most foreigners arriving in Japan find themselves having to essentially relearn the housing application process, as the associated expenses and screening processes often vary wildly when compared to their home country.  Much of the available information is scarce and vague, which has a high risk to potentially cost a successful application during time-sensitive periods.

Most required initial move-in fees are shown on a property listing and can be reasonably estimated, but what about the other rental security-related requirements which are listed as maybes? In today’s article we’ll discuss some of the less clearly posted yet rather vital required components to applying for housing as a foreigner in Japan.

The term “guarantor” is not a particularly common rental term in many other countries, but it is a fairly simple concept to understand—the guarantor is an individual who guarantees the payment of rent.  In the event that the contracted lease tenant is unable to pay rent, the guarantor would then be responsible for paying in place of the tenant.  It’s a position of great financial responsibility that could be likened to a cosigner in many western countries, but culturally is perhaps viewed as a weightier burden in Japan.

Due to the monetary nature of the guarantor position, it is one that few Japanese are willing to take on—the most common occurrence would be a Japanese parent acting as the guarantor for their child.  The prospective guarantor is subject to the same screening processes as the actual applicant, and is expected to provide current proof of income equal to or exceeding that of the applicant’s.

For foreigner applicants electing to provide a guarantor individual, they are expected to be a Japanese citizen residing domestically, and preferably of high social standing as well.

In recent years, establishments known as guarantor companies have become increasingly commonplace.  These are designed to replace an actual guarantor individual for cases where an applicant cannot provide one for a predetermined fee.  This fee is typically between 50-75% of a month’s rent for the first year, followed by a much lower annual flat-rate renewal fee.

The current rental scene in Japan has seen a steady progression towards the use of a guarantor company being highly preferred or even required.  Part of its appeal to landlords is the less complicated process needed to claim compensation in the event of unpaid rent, as well as the fact that guarantor companies conduct their own separate application screening process for potential tenants.

It’s worth noting that the housing applicant has very limited say in which guarantor company to apply for—this has already been specified in advance by the landlord and/or property management company of a rental unit.  In some cases, there may be more than one option provided, in which case your agent should advise you on which company you stand the best chance of passing the screening process for.

Now that we’ve differentiated between the two types of rental guarantor methods, you may be wondering which one to pick—but actually, it’s a bit more complicated than that.

In nearly all cases, a guarantor company will be mandatory for foreigner applicants—the added peace of mind from the dual-screening process is a vital factor for the vetting process.  Particularly cost-conscious clients may be keen on presenting the Japanese guarantor individual alone to avoid the service fees associated with a guarantor company, but it should be noted that cases where this is accepted are fairly uncommon. (As previously mentioned, the mandatory guarantor company participation is quickly becoming the trend for most Japanese applicants, too!)

However, in some occasional cases both a guarantor company and guarantor individual may be required for non-Japanese applicants.  This added requirement is almost always unadvertised in property listings, and in many cases ends up barring prospective applicants from otherwise qualifying for an attractive unit.  Although the housing options in Japan available to foreigners are gradually increasing, the possibility of abrupt changes in requirements such as this for foreigner applicants is an unfortunate reality that still exists and should be kept in mind.

While guarantors and guarantor companies are a staple feature in all leasing situations, foreigners actually tend to have another additional requirement tacked on, the Japanese emergency contact.  This is a Japanese individual who must currently reside in Japan, and is responsible to stepping in if for some reason the original contracting tenant cannot be reached. In some cases a non-Japanese citizen who has attained permanent residency and can fluently communicate in Japanese may be accepted, though this depends largely on the landlord’s preference.

As a large portion of incoming foreigners are transferring for either work or school and have no existing established contacts in Japan, this is one of the most frequent hurdles to being accepted for rental housing in Japan.  Expats joining a Japanese company typically have minimal success seeking support from their Japanese HR department, as this is seen as providing an employee’s personal information.  To further complicate things, because this is something virtually unheard of amongst normal Japanese citizens, most are likely to misinterpret the role as that of a guarantor and be highly reluctant to fill the position.  It is also worth pointing out that this requirement stands even in the case of most corporate contract applications.

Being aware of these potential requirements early on in your housing search can allow you valuable extra time to prepare them and ensure your application is completed in time.  During busy housing periods (especially the peak season at the beginning of each year), this can sometimes mean the difference between successfully retaining priority on a rental property and being passed over for a subsequent applicant

Any real estate agent who is experienced in assisting foreigners in Japan should be familiar with the likelihood of all these requirements.  If preparing a Japanese guarantor individual is a difficult or highly unlikely option for you, it is advisable to let your agent know as early as possible.  This way, they can avoid sharing any listings that mandate a Japanese guarantor, saving you the time and frustration of viewing properties you won’t be eligible for.